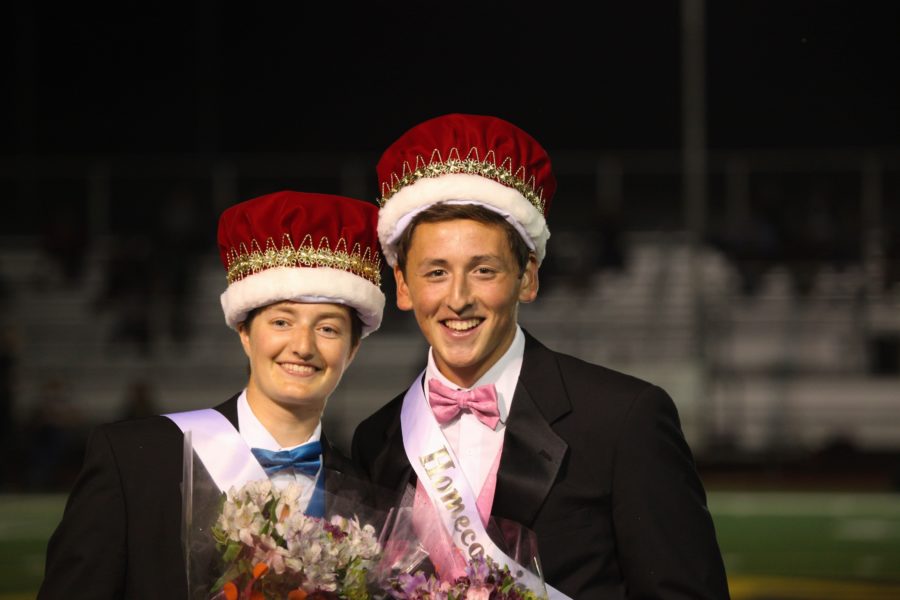 Check out these slideshows (click on image to proceed to next image) including pictures from this year’s Homecoming float building night, picnic, parade, and football game to see the highlights from last week!

On Thursday October 8th, students from all four classes attended the float building event to collaborate on designing beautiful floats for this year’s Homecoming parade. The four hour process during Homecoming week was an opportunity for students to strengthen their class bond and create a float based on the theme “Back to the Bay”.
“I encourage students who are unsure to attend because it’s a great way to meet new people and to get to know the class,” sophomore Kalea Vandeventer said. “These are the people you’re going to work with for the next four years and the float building is a great way to enjoy a good time with one’s peers and to make new connections that will last beyond high school.”

(Writing and photos by Sheli Yaskin)

On Friday October 9th, MVHS held its annual Homecoming Picnic where staff and students could buy food from various clubs or participate in other activities such as playing in the bouncy houses.

The Homecoming Parade also took place that afternoon, and members of the MVHS community gathered on Truman and Bryant to watch. The parade featured marching band, cheerleading, the Black Student Union, homecoming court, a hiphop performance, and the float competition.

That night, our varsity football team played Gunn High School and won the game with a score of 48-0.  The bleachers were filled with students and families cheering on our team.  At halftime, Homecoming Royalty was announced: Ricky Elder and Sy Gitin.