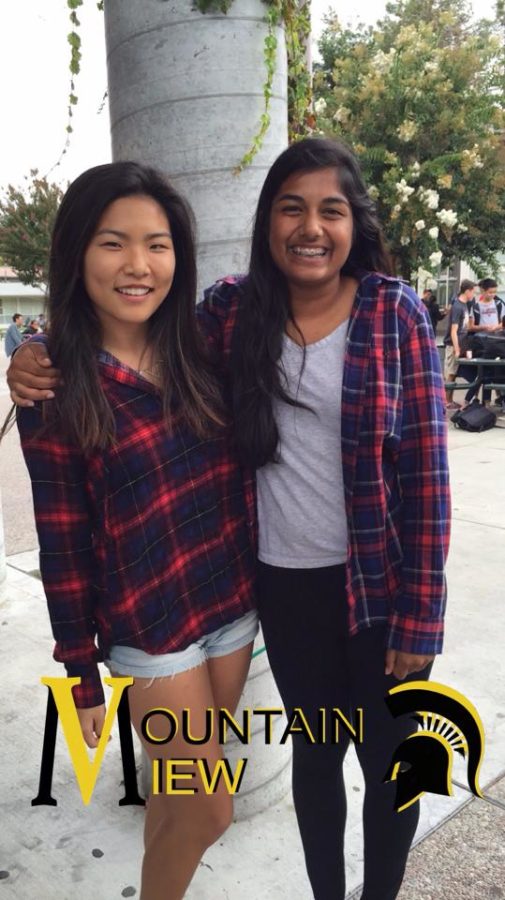 Snapchat, a popular social media mobile application, allows users to send and receive photo and video messages lasting for only a few seconds before deleting. Snapchat, since its creation in September 2011 by Stanford University students, has flourished at an unprecedented rate, with over 100 million users. This application, complete with a variety of components, also includes a Geofilter feature, released mid-2014. The Geofilter feature incorporates the location name of where the picture or video was taken with an artistic filter to surround the photo or video itself. Locations for Geofilters include Washington, D.C., New Delhi, London, Tokyo, Rio de Janiero, and everywhere in between. With few guidelines, geofilters can be submitted by anyone to be approved by Snapchat and featured.

A week before school began, Joseph and Ye spontaneously decided to design and submit a Snapchat geofilter together.

“I drew the idea on paper and then we just used lettering. On Photoshop you can add text, so we were just scrolling through different fonts and colors,” Ye said.

The whole creation process of their geofilter, which reads “Mountain View” with a Spartan head, took about three or four hours for Joseph and Ye.

Another student, Ryan Sturges, also designed her own geofilter which was approved to go live by Snapchat.

“I made three or four, and only one passed, each one took a half an hour to an hour, and the one that passed took me the least amount of time,” Sturges said.

Sturges, who enjoys designing, constructed her geofilter using Photoshop, an image and graphic editing software, which she learned how to use from a MVHS photography class.

Shortly after geofilters are submitted and approved, they go live on Snapchat.

“People were here for the ASB retreat and they snapchatted me a picture of it,” Sturges said. “So I drove over here and took a picture of it because I was so excited!”