Movies: the classics and their counterparts 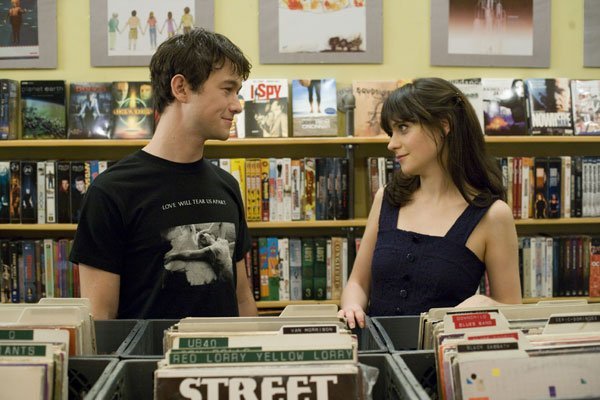 Mountain View High School’s Winter week has come and gone, this year themed ‘Movie Marathon’ — featuring spirit days and lunchtime activities about a different well-known and much-loved movie each day of the week. On Monday, students dressed up as Star Wars characters and battled with lightsabers in the quad, Tuesday’s ‘Disney Day’ meant lots of Mickey Mouse ears and princess dresses, on Wednesday we wore pink like Mean Girls, and Thursday and Friday were devoted to Harry Potter and Avengers, respectively.

While each of the movies chosen for our ‘Movie Marathon’ were selected with the intention of including and exciting as many people as possible at MVHS, maybe we all know these movies a little too well.

Sure, Mean Girls or Star Wars may have been almost as significant in your formative years as the street you grew up on, your Bat-mitzvah, or, like, microwaveable mac and cheese, but do you ever wish that the movies you’ve already loved and cherished every inch of came with another movie very similar to it, but that you’re not — let’s admit it — a little sick of?

Here are some movies we all know and love, each paired with a comparable but lesser-known movie: Five more movies to add to your movie marathon list!

Annie Hall is a little bit older (1977), but is about as timeless as it gets. Both movies are about  male protagonists who don’t quite know what to make of their scintillating and quirky female counterparts — and ultimately have to figure out how to let the irreplaceable women go, because, as these movies teach us, its not always up to you. Diane Keaton is even a little more quirky than Summer, and Woody Allen is even a little darker than Tom (although he doesn’t smash all his dishware). Stylistically, both movies feature soundtracks that compliment their film well, jump around back and forth in time to show how a relationship can change, and have beautiful cinematography and cute moments between the main man and the main woman in the course of their relationship.

Michael Cera goes to ridiculous lengths to get the girl of his dreams, with lots of dry humor and awkward exchanges along the way. Any more details necessary?

Clueless is the original Mean Girls. Um, duh. Makeovers, schemes, and the ultimate high school queens have made for two very quotable movies to guide all the pretty ladies out there through their high school years.  (Not really though, because both movies are facetious, and at Mountain View High School, everybody is nice to each other, right?)  Also, pink on Wednesdays or not, Cher and Dionne dressed way better than the Plastics ever did.

If your “Vote For Pedro” shirt has gotten as old as the joke has, maybe its time to trade it in for a fake mustache and a cape like Rod Kimble. These movies are similar because they’re both slow moving but somehow every single second of each is really, really funny. Also, both feature an outstanding solo dance scene. When it comes down to it, Napoleon Dynamite and Hot Rod are just about two young bucks chasing a sweetheart and the American Dream.

Though Arrested Development is a TV show rather than a movie, but in the last few years, this cult-classic has become increasingly well-known, and is (in)arguably the most funny television show of all time. Bringing up Baby is a widely unknown movie from 1938 starring Cary Grant, a paleontologist, and Katherine Hepburn, a needy heiress, who — shocker — end up falling in love with each other despite their differences. Arrested Development and Bringing Up Baby don’t seem to have anything in common at first glance, but its the hilarity of a small misunderstanding escalating to ridiculous heights — until everything explodes with a final showdown — that makes both movies so loveable. Both Bringing Up Baby and Arrested Development take a plot climax to the absolute extreme and are filled with whacky characters who couldn’t possibly exist in real life. Both movies make us laugh and remind us how absurd life can be, but that it’s (usually) going to all be okay, despite this truth.