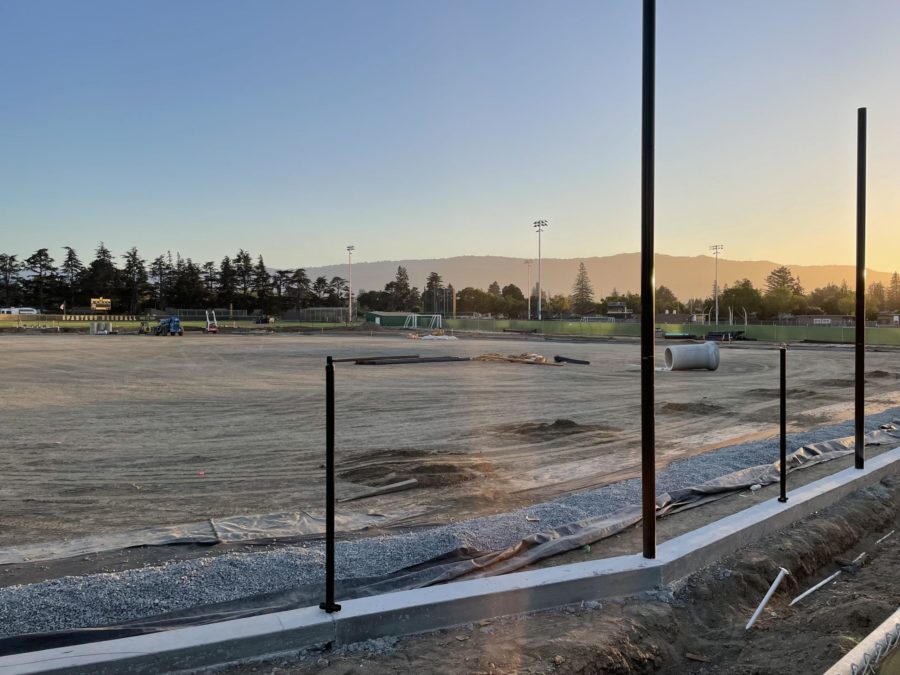 As MVHS’s campus continues to modernize, the athletic fields will be renovated this fall. The grass fields adjacent to the football stadium will be replaced by turf within the upcoming months, raising excitement among the athletic department and student athletes as they anticipate improved playing conditions.

According to Associate Superintendent of Business Services, Mike Mathiesen, the turf should be implemented by mid November. By this time, boys and girls soccer can expect to practice on turf in addition to spring season sports. In tandem with the installation of the football stadium’s new field lights, the turf field will provide more opportunities for further home games, greater team practice space, and advantageous playing conditions, according to Athletic Director Shelly Smith.

Varsity girls soccer coach Jeff Panos also concludes that turf is more reliable than grass throughout turbulent weather in the winter months. He explains that in the past, grass provided unpredictable playing conditions.

“If the grass service is poor, the ball does not roll true, and the training that you’ve done is all for nothing because you’re having to deal with puddles and mud slop… because it’s so sloppy, there’s a potential for cancellation. That doesn’t happen with turf,” Panos said.

According to University Hospitals, athletes are 58% more likely to develop an injury on turf due to strenuous pressure on joints. With this in mind, Panos speculates that this could present a potential risk, however, he believes his athletes will adapt to consistent practice on turf by practicing ACL prevention exercises.

“[As coaches,] we must be diligent about doing some ACL prevention strategies… core exercises and things they can be doing to help strengthen that middle region of their bodies,” Panos said.

Despite an increased risk for injury, Panos suggests a potential advantage of turf for JV teams.

“Coming to the grass from practicing on turf leads the games to slow down a bit, and of course the teams will have an advantage over us because they’re used to the speed of play,” Panos said.

Within the next few months, the new turf field implementation could meet the expectations of student athletes, coaches, and other students on campus by accommodating all teams and giving greater advantages to MVHS sports teams.