Arabic, dumpling restaurants, and cronuts: all in “Matan’s Window: The Podcast” 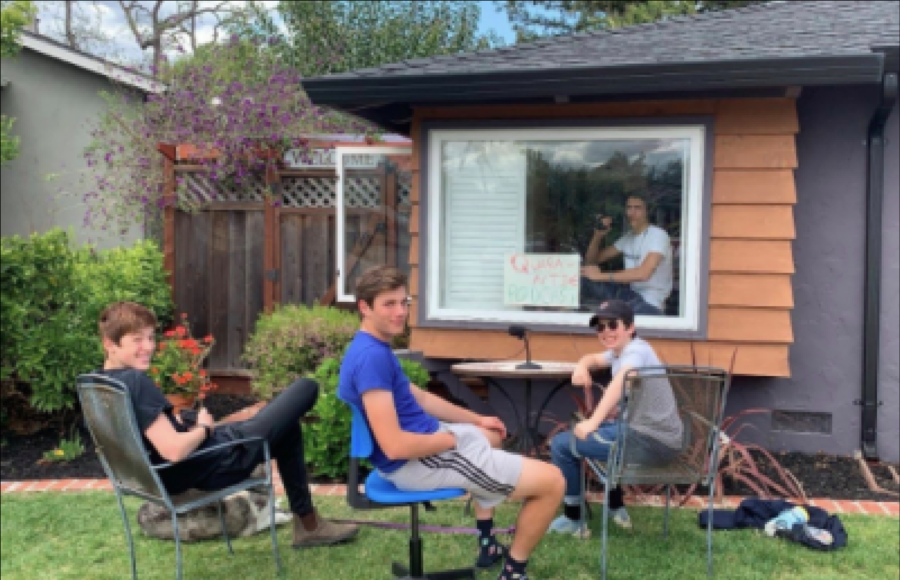 Looking out of his window, sophomore Matan Hamam was able to catch up with friends while remaining quarantined. They visited him to reconnect after his six-month student exchange program in Italy was cut short due to the outbreak of COVID-19 and returned to a two-week period of self isolation.

As they took photos with Hamam through his window, one jokingly suggested that Hamam should turn their discussions into a podcast, as their photos and conversations were turning into a fun series and distraction from the current situation. Hamam followed through with the idea and hence was the birth of “Matan’s Window: The Podcast,” currently available on SoundCloud, Spotify, and iTunes.

Hamam’s podcast is not focused on any specific topic, but rather is centered around the unique interests of his guests. Hamam reaches out to close friends and family to learn more about what stories they have to tell or collaborates with his friends who contact him to have a chat. 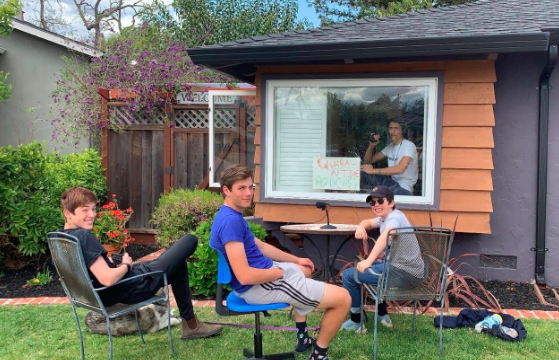 One of Hamam’s friends, senior Greg Corn, who has been featured in an episode of the podcast, also emphasized the freedom that he had while speaking on the podcast and the willingness of Hamam to talk about whatever interests the guest. Throughout the podcast, the duo talked about a variety of topics including Corn delivering groceries to the elderly, favorite dumpling restaurants, learning arabic, the deliciousness of cronuts, a donut made out of croissant dough, and many more.

“He doesn’t come in with an agenda, he’s not getting someone on there to make a point, or get them on there with the purpose of them telling a certain story,” Corn said. “He wants to get someone on there and have a conversation and really share their perspective with other people.”

Corn admires Hamam’s initiative to create a podcast and it has motivated him to also start new activities, such as his grocery deliveries.

“It’s something that definitely inspired me to be more creative during quarantine, so respect to him,” said Corn. 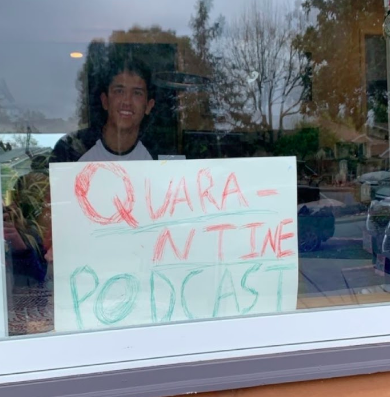 Hamam is found working on his podcast. Photo courtesy of Hamam.

Furthermore, Hamam also has listeners of his podcast from outside of the United States, as his friend Bridget Hooper, who lives in Australia, is an avid audience member.

Hamam met Hooper on the student exchange program in Italy, so they both had a similar experience of being self-isolated once they returned home. Hooper explained how she does listen to other podcasts but feels like she can connect more with Hamam’s podcast as a result of sharing experiences with him. Additionally, she mentions she was impressed with how quickly he got the podcast up and running.

“His work ethic is through the roof; he had the idea two days before and he started it,” Hooper said.

Hamam has tried to keep himself busy during social isolation by continuing to set goals, like teaching himself to skateboard and creating projects to maintain a positive mindset, encouraging others to do so as well.

“If you’re bored, no matter how silly or dumb your idea might be, try something new,” Hamam said. “I don’t think there will ever be a time in most of our lives that something like this ever happens again, hopefully not, so find the silver lining.”

Find “Matan’s Window: The Podcast” below available on SoundCloud, Spotify and iTunes.

“Matan’s Window: The Podcast” on SoundCloud. 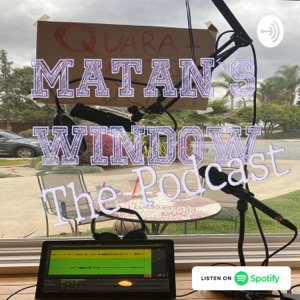