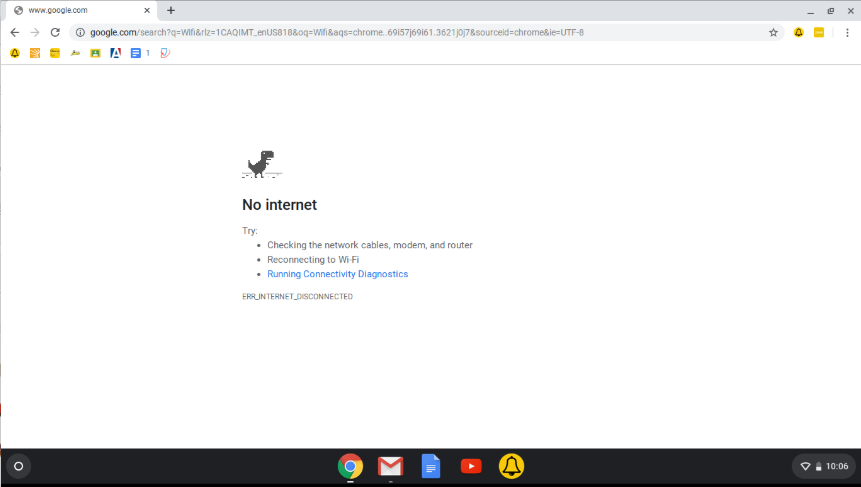 With over 2,000 students and staff logging on to the WiFi every day, the rainbow pinwheel or the dinosaur game are common occurrences. Luckily, with the new updates the WiFi is undergoing over the course of the semester, this might be the end of it.

Over the December break, the school began the first of a many changes that will be made to the districts WiFi system this year and through the summer.

History teacher Kevin Heiken, has had countless experiences of the frustration that comes with having half of his students be able to access the WiFi while others can’t load a page. As a teacher of a class that is almost entirely based online, the occurrence of such unexpected wifi failures come at even more of an inconvenience because it causes Heiken to have to scrap his whole lesson plan for the day.

“A lot of teachers try really hard to maximize the use of class time and minimize outside classwork and it’s frustrating and really hard to do that when something like WiFi infrastructure inhibits that,” Heiken said.

In order to build a long lasting network the district is working on a series of changes that are planned to last at least eight to ten years.

“Since the district has moved to a bring your own device model and nearly every student has at least one device and most have two or three, the network was not designed to handle that,” said Bob Fishtrom, the district’s director of information technology services.

One of the most pressing and recent changes is the update of a new main switch gear for the whole MVLA district which controls and directs the WiFi connections throughout the district and was overloaded at a 99 percent capacity and had to be replaced in order to account for the increasing student population.

The latest update was instated the week of Feb. 17, during the winter break which installed new access points and disperspersed them more evenly around the campus for more coverage and hopefully a strong connection in all classrooms. However, issues arose with conflicts between the old network and the new one, which are still being worked out.

The network was not designed to handle [the bring your own device model].

One of the more long-term changes the district foresees is changing the network to a system where each student and staff member logs on to the network with a personalized email and password, which will allow more security and control when it comes to who is able to access the WiFi than the system now which each user logs in with the same password.

“Our main change is putting in new more sophisticated wireless access points that talk to each other so there is no interference and provide a better signal overall for students, so that [students’s] educational experiences are not compromised,” Fishtrom said.