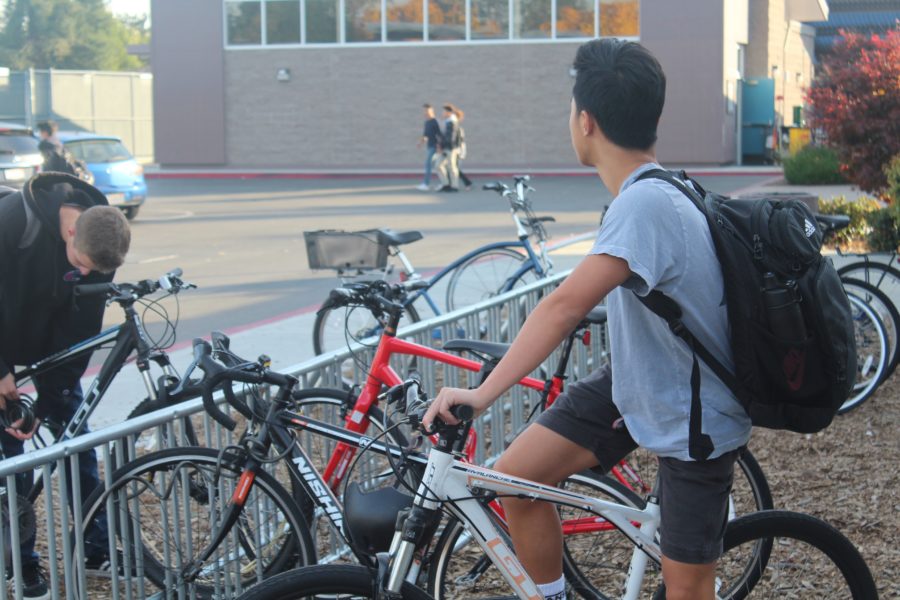 Administration is installing 16 to 20 new surveillance cameras in several locations around campus to canvas nearly the entire school. Installation will be completed by the beginning of second semester, according to Assistant Principal Teri Faught.

Twelve cameras currently exist on campus. With the new installations, almost all of the school’s perimeter will be covered by the cameras, and new cameras will cover high-traffic outdoor areas of the school, according to Faught. No cameras will be installed inside classrooms.

“We need better coverage,” Faught said. “If something were to take place in the parking lot, we can’t deal with the situation if we are unable to catch it.

Administration is installing the cameras on campus to catch and deter any criminal activity or misconduct that could occur, according to Faught.

“When people will see they can’t get away with stealing, they will do it less and less,” Faught said.

Last year, several minor crimes occurred on campus, including graffiti and bike theft. Minor accidents occurred in the parking lot as well. While some were caught on the limited cameras installed, Faught said other crimes weren’t, which made it more difficult to take control of the situation.

Senior Julian Gault’s bike was stolen last year when he left it unlocked at a bike rack. He said that the new installation of cameras on campus help deal with the aftermath of theft and prevent future crimes.

“Cameras would allow the school to look back at footage and review if someone’s stuff was stolen and try to catch the person,” Gault said.

Faught said it will be easier to catch individuals that are stealing since multiple cameras will be installed near the bike racks which will cover the racks at multiple angles and record higher quality footage.

Parking lot cameras will also be installed in order to “check for fights, small accidents, or inappropriate behavior,” according to Faught.

Some of the new installations will serve to update existing, out-of-date cameras.

“Our camera system is old, and the image within the cameras is one of poor pixelation,” Faught said.

In addition, the newer camera dashboard makes it easier to scroll through the footage and identify the incident and persons involved.

“Our job is to keep everyone safe and secure,” Faught said. “We want to deescalate and prevent incidents.”