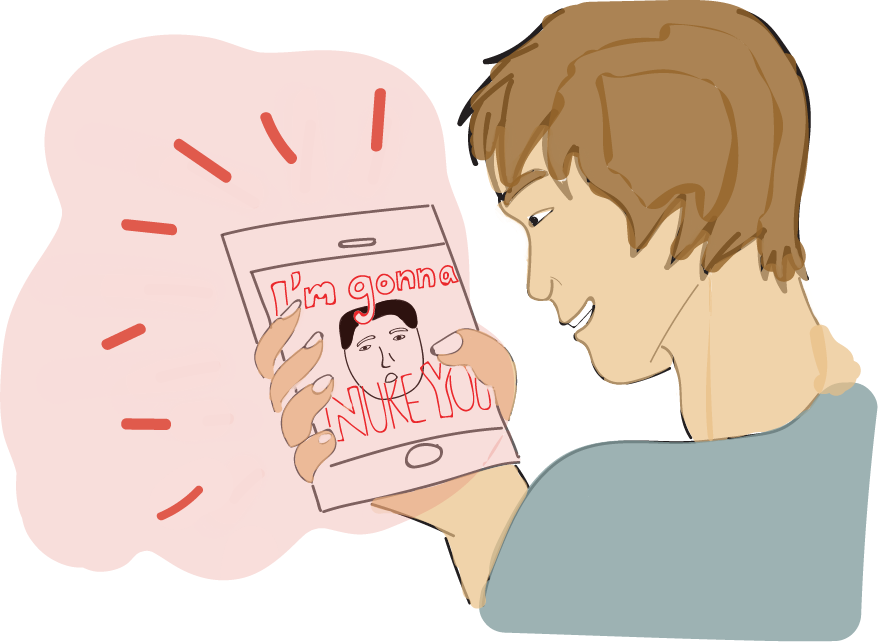 In 2012, North Korea seemed prepared to carry out a nuclear weapons test at any given moment. This tension has only risen in the past five years. On July 4, 2017, North Korea launched their first successful test of an intercontinental ballistic missile and claimed it could “reach anywhere in the world,” according to a CNN report.

Contrary to the gravity of discussions surrounding weapons proliferation, many students see North Korea’s acts of aggression toward the US as humorous due to the sarcastic responses found on social media and throughout campus.

According to an online poll of 333 MVHS students, only 8% of respondents said they were extremely worried that North Korea’s nuclear program was a threat to the U.S. Most respondents expressed more moderate feelings.

When asked to rank their degree of concern on a 10-point scale, respondents chose a median of 5, with the middle 50% of responses ranging from 3 to 6.

“People see that these threats have been occurring multiple times, and they think that this time isn’t going to be serious,” junior Alphonso Barmore said.

Barmore said that he doesn’t take North Korean aggression very seriously, describing the country’s threats as a boy-who-cried-wolf situation. Over 10 aggressive interactions, such as practiced missile launchings, between the US and North Korea have occurred in the past year.

Barmore said this cycle of threats with no follow-through has diminished the fear of possible harm among the student body, instead encouraging them to make jokes rather than feel threatened.

Junior Morgan Lunn said she doesn’t worry about comments of aggression made by North Korean leader Kim Jong-un as she feels that those threats are exaggerated by the media.

“I think that the threats are dramatized throughout the media and it’s important to get the real facts and take those seriously. You have to know where you’re getting your information from before making assumptions,” Lunn said.

Senior Trevor Miller said pop culture has also played a role in minimizing the perceived danger of North Korea’s interaction with the United States among the student body.

Scrolling through Twitter or Facebook, students may see countless news sources reporting North Korea’s latest nuclear missile tests or threats directed at the United States. The comments underneath host a plethora of jokes and memes.

Under an ABC News twitter post about heightened tensions with North Korea, numerous jokes compared the situation to the television show Game of Thrones. Under a Fox News report about President Trump’s recent response to the threats, someone compared Kim Jong-Un to the character Russell from the Disney/Pixar animated film “Up.”

Miller said he believes these consistent jokes throughout social media have created a connotation that we should disregard the threats completely and simply go on with our daily lives without worry.

Junior Samuel Hsiao agreed with Miller that social media undermines the public view of North Korea as a legitimate threat; but he said he personally does worry about nuclear proliferation by the North Korean government.

“There is a deep down concern that makes me worry because of our heightened presidential tensions between Trump and Kim Jong-Un that might actually lead to an all out nuclear war,” Hsiao said.